The Himalaya, the abode of snows’ has captured the dream, desires and imagination of many adventurers, explorers since time immemorial. Human adventure encourages the human spirit to conquer the mighty Himalayas that cover Nepal, Tibet, India, Bhutan in the north and east to as far as Afghanistan in the west in Asia. It is the chain of the highest and youngest mountains on earth, encompassing a region of deep religious and cultural traditions and an amazing diversity of people. Nowhere is this diversity more apparent and the culture more varied and complex than in Nepal.
In the second half of the 19th century many European adventurers attracted towards Nepal and discovered eight out of fourteen highest peaks of the world above 8000 m lay within the forbidden and isolated erst-while kingdom of Nepal. An Englishman named W. 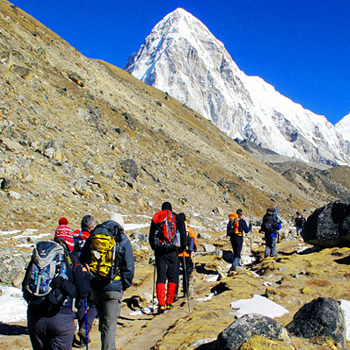